Securities and Exchange Commission Chairman Gary Gensler on Thursday floated several potential SPAC rules he hopes the regulator will consider as it works to oversee one of Wall Street’s up-and-coming ways to take companies public.

Among the ideas Gensler pitched were new rules around marketing practices, tougher disclosure requirements and liability obligations for SPAC “gatekeepers,” which could include sponsors, financial advisors and other bookkeepers.

Specifically, the SEC chief said he’d like to see new rules that compel SPACs to provide investors with more information about fees, expected equity dilution and conflicts, as well as better ways to access that information before an investment is made.

SPACs, or special-purpose acquisition companies, have been around for decades without much fanfare.

Also known as a blank-check company, a SPAC is a shell company that raises money and trades on public markets while looking to merge with a private company. Their eventual marriage will bring the private firm into the public marketplace, meaning that investors in the public SPAC will have an opportunity to own a piece of the still-private target.

The SPAC, called Digital World Acquisition Corp., disclosed in a filing earlier this week that regulators began asking for information about certain stock trades “that preceded the public announcement of the October 20, 2021 Merger Agreement” with Trump’s firm.

Gensler said Thursday that he is concerned by a disconnect between the amount of information that companies are required to provide through a traditional initial public offering versus the disclosures required from SPACs.

“Currently, I believe the investing public may not be getting like protections between traditional IPOs and SPACs,” the SEC chair said in remarks at the virtual Healthy Markets Association Conference. “Due to the various moving parts and SPACs’ two-step structure, I believe these vehicles may have additional conflicts inherent to their structure.”

Appointed by President Joe Biden earlier this year, Gensler said added rules clamping down on marketing prior to proper disclosure may also be needed to help anchor the value of the SPAC’s shares closer to the business’s actual worth.

In the past two years, SPACs have blossomed into a popular alternative to traditional initial public offerings and a way to invest in start-ups.

The allure of possibly finding the next Amazon or Apple, prior to a young company’s entrance to public markets, has drawn billions from Wall Street in 2021. SPACs have raised as much money as traditional IPOs this year thanks to the support of big banks and investment firms.

But Gensler and others worry that insufficient SPAC disclosures leave investors open to steep losses in the future.

While Gensler did not offer more specific details on the rules he wants to see from SEC staff, his speech reinforces Wall Street’s belief that his tenure will result in a hands-on approach and that the chairman will serve as a stricter “cop on the beat” toward Wall Street.

He said he wants the SEC to ensure SPAC directors, officers, sponsors and financial advisors aren’t misleading investors with inflated financial projections only to stiff them with a backlog of bills — or a mediocre business — after the merger is complete.

“There may be some who attempt to use SPACs as a way to arbitrage liability regimes,” Gensler continued. “Many gatekeepers carry out functionally the same role as they would in a traditional IPO but may not be performing the due diligence that we’ve come to expect.”

While some take-public SPACs have seen success on Wall Street — electric-vehicle maker Lucid Group or personal-finance company SoFi, for example — others have seen mixed trading among investors.

Some of the well-known public companies resulting from SPAC mergers include space-tourism firm Virgin Galactic and online real-estate company Opendoor. Both have seen their equity slide more than 30% this year.

The proprietary CNBC SPAC Post Deal Index, which is comprised of the largest SPACs that have already completed a SPAC merger within the last two years, is down more than 33% in 2021.

Fri Dec 10 , 2021
Stock futures opened higher Thursday evening as investors awaited a key inflation report ahead of the Federal Reserve’s final policy-setting meeting of the year next week.  Contracts on the S&P 500 gained. Earlier, the blue-chip index closed out the regular session in the red after three consecutive days of gains, […] 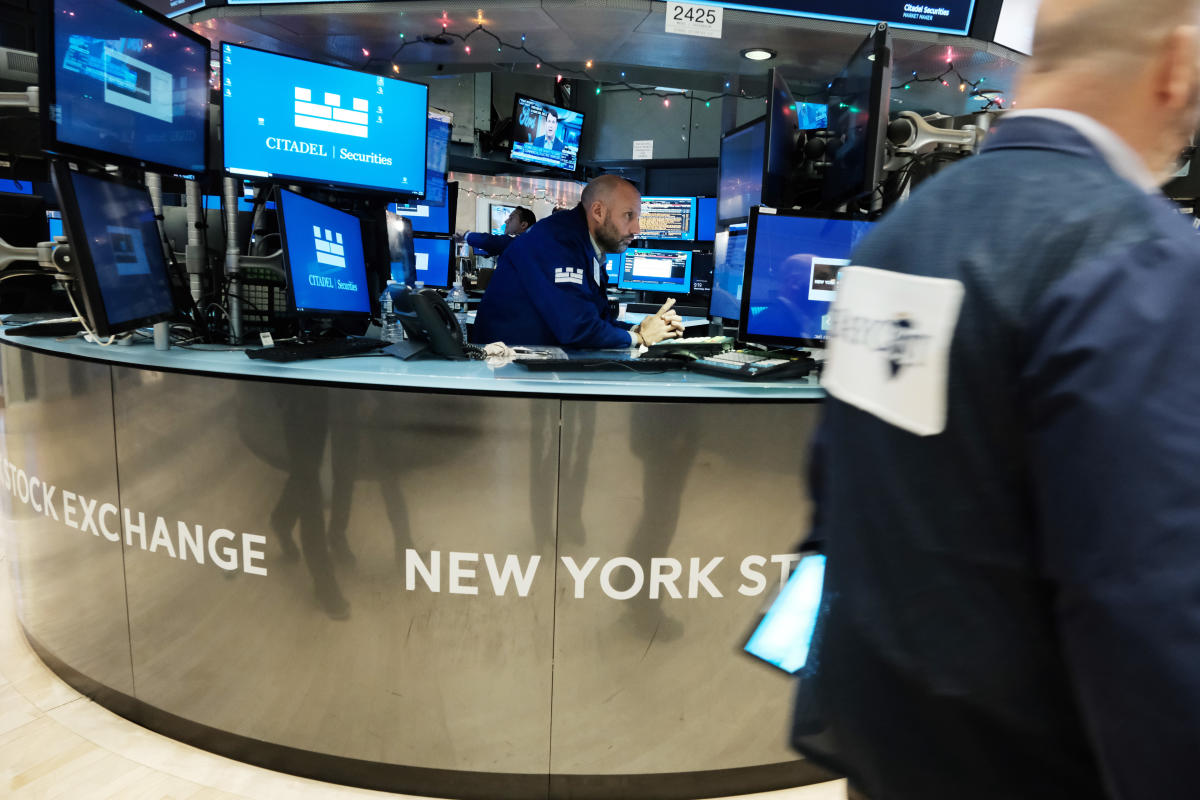