South Africa is a country on the southern tip of the African continent. Officially known as the Republic of South Africa(RSA), it is home to over 60 million people of diverse ethnicities and cultures. The country has gone through massive changes throughout history, with its economy being revolutionized during the 19th century, due to the discovery of diamonds, gold, and other valuable minerals in the region.

In the years following World War II, South Africa has established a well-developed manufacturing base, the likes of which became a global contender, experiencing highly variable growth rates, including a time where its growth rates were the highest in the world for a few years. All this came to a halt, however, during the 1970s, due to the implementation of apartheid policies in the country, which led many investors to withhold foreign investments and different countries to impose heavy trade sanctions against South Africa.

Despite apartheid being dismantled in the early 1990s, it wasn’t until the democratic elections in 1994, that South Africa witnessed a significant investment return. To this day, the economy of South Africa is the second-largest in Africa, although it boasts the most industrialized, technologically advanced, and diversified economy in the continent. Since 1996, South Africa’s Gross Domestic Product(GDP) had almost tripled to its peak at around $416 billion in 2011, before declining to approximately $317 billion in 2021. Despite the decline, the Gross Domestic Product has increased at an annualized rate of 4.6% in the first quarter of 2021, following an increase of 5.8% in the fourth quarter of 2020.

Alongside Nigeria and Egypt, South Africa boasts an increasingly large percentage of African GDP. In more recent years, South Africa seems to join the countries embracing cryptocurrency trade and investments, with its financial regulators predicting a boom in crypto activity in the country. According to Quartz, South Africa’s crypto practices sets it apart from much of Africa, making it one of the top bitcoin trading nations of the continent, with trade volumes estimating around $25.8 million.

State-owned South African enterprises and corporations play a remarkable role in the country’s growth and economy, particularly in regards to agriculture, mining, and manufacturing products associated with these sectors. In the mining industry alone, South Africa unsurprisingly has a major foothold, considering it dominated the country’s economic landscape for many years, and contributed over $23.87 billion to the South African Gross Domestic Product (GDP). Industry giants like Kumba Iron Ore Ltd (JSE:KIO) and Anglo American Platinum (JSE:AMS) lead the charge in the mining industry, with the latter being the largest primary producer of platinum in the world.

Alongside mining, Trade, and telecommunications, the finance and banking sector made massive contributions to the country’s economy, with the total sector assets accumulating up to $450 billion by the end of March 2020. According to the South African Reserve Bank (SARB), South Africa’s finance and banking sector is dominated by just five of the largest banks and holding companies, which altogether held 89.4% of the total sector assets by the end of March 2020. Among these, FirstRand Limited (JSE:FSR) and Standard Bank (JSE:SBK) lead the financial sector with market capitalizations of $23.42 billion and $16.35 billion respectively.

The following list ranks the top South African companies based on market capitalization, representing a company’s worth on the open market, and net revenue. For our list, we will be making use of data and information regarding both these metrics provided by Yahoo Finance and Google Finance.

With this context in mind, let’s now look towards the 15 most valuable South African companies.

Bid Corporation Limited (JSE:BID), also known as Bidcorp, is an international broad-line food-services group operating throughout countries located in Europe, Asia, South America, and Africa, with its headquarters in Johannesburg. Listed on the Johannesburg Stock Exchange (JSE), Bid Corporation Limited (JSE:BID) offers a wide range of services, including distributing food services and products involved with the catering and retail sectors, along with the provision of e-commerce solutions within the countries it operates in. Its operations in Africa mainly involve manufacturing and distribution of meat, poultry, dairy, and general food items, as well as equipment. With a market cap of $7.52 billion and reported revenue of $7.36 billion, Bid Corporation Limited (JSE:BID) ranks 15th on our list of most valuable South African companies.

Originally known as the Amalgamated Banks of South Africa, Absa Group Limited (JSE:ABG) is a South African-based financial services organization with its operations divided into different key groups, ranging from personal and business banking, wealth and investment banking, credit card issuance, investment management as well as banking assurance. Formed in 1991 through a merger of UBS Holdings, the Allied Bank Group, the Volkskas Bank Group and certain interests of the Sage Group South Africa, Absa Group Limited (JSE:ABG) is listed in the Johannesburg Stock Exchange (JSE) as one of South Africa’s largest diversified financial services conglomerate. The Group owns majority stakes in banks across multiple African countries aside from South Africa, including Ghana, Kenya, Mozambique and Botswana, along with representative offices in Namibia and Nigeria, and securities organizations in the United Kingdom and the United States.

Next in line in our list of most valuable South African companies is Gold Fields Limited (JSE:GFI) (NYSE:GFI), which is listed on both the Johannesburg Stock Exchange (JSE) and the New York Stock Exchange (NYSE). Gold Fields Limited (JSE:GFI) (NYSE:GFI) is one of the world’s largest gold mining firms and one of the best fold mining stocks to invest in. Headquartered in Johannesburg, the company has eight operating mines and 16 gold processing facilities. Primarily involved in both underground and surface mining, along with other related tasks activities, including excavation, exploration, and smelting operations in South Africa, Australia, Ghana, Peru, and more recently, Chile, Gold Fields Limited (JSE:GFI) (NYSE:GFI) has acquired a total attributable annual gold-equivalent production of 2.2 million ounces, mineral reserves of over 52.1 million ounces and total mineral resources of over 116.0 million ounces.

Sibanye Stillwater Limited (JSE:SSW) is a leading multinational precious metals mining company, with a portfolio of varied Platinum Group Metal (PGM) operations within the United States and South Africa, gold mining projects in South Africa and copper, gold and PGM exploration enterprises in the North and South Americas. Established in 2013, with its headquarters in Johannesburg, South Africa, Sibanye Stillwater Limited (JSE:SSW) has grown into one of the world’s largest primary producers of platinum, palladium, and rhodium, while also being one of the top gold producers. According to their 2020 report, the company produced 3 million ounces of PGMs and 0.98 million ounces of gold.

More recently, Sibanye Stillwater Limited (JSE:SSW) has moved forward its global diversification strategies and expanded into the battery metal sphere by investing in a lithium hydroxide project based in Finland. In February 2021, the company acquired a 30% stake in Keliber Oy, a leading European lithium project located in Finland, giving Sibanye-Stillwater (JSE:SSW) great interest in the Keliber project. With over 84,700 employees, Sibanye Stillwater Limited (JSE:SSW) is among the top four private sector employers in South Africa.

Sasol Limited (JSE:SOL) (NYSE:SSL) is an integrated energy, chemical and fuels company based in Sandton, South Africa. It was founded in Sasolburg in 1950 and currently develops and leverages technologies, including synthetic fuel. Sasol Limited (JSE:SOL) (NYSE:SSL) also manufactures liquid fuels, chemicals and electricity. The company has over 30,000 employees worldwide, with operations conducted in 33 countries. Sasol Limited (JSE:SOL) (NYSE:SSL) is the largest taxpayer entity in South Africa, and one of the largest coal mining corporations in the world. The company made use of the Fischer-Tropsch method of chemical extraction (A collection of chemical reactions that convert carbon monoxide and hydrogen into liquid hydrocarbons) to create chemical products to be sold on the local and international markets. Along with its chemical and energy operations, the group operates six coal mines in the regions of Secunda and Sasolburg, with the coal mainly used for feed-stock and electricity generation.

Impala Platinum Holdings Limited (JSE:IMP), also known as Implats, is a South African holding company, and one of the world’s leading producers of Platinum Group Metals (PGMs). Structured around six mining operations along with the Impala Refining Services, a toll refining business, Impala Platinum Holdings Limited (JSE:IMP) runs its operations in the Bushveld Complex in South Africa, the Great Dyke in Zimbabwe and the Canadian Shield, three of the world’s most prominent domains for PGMs.

Disclosure: None. 15 Most Valuable South African Companies is originally published on Insider Monkey.

Sun Oct 31 , 2021
Omaha, Neb.–based Securities The united states, an unbiased broker/seller owned by Advisor Group, has lost one more top rated executive, with David Vaughan stepping down as chief economic officer to be part of Axos Clearing in a similar purpose. Vaughan did not reply to a LinkedIn request for comment by press […] 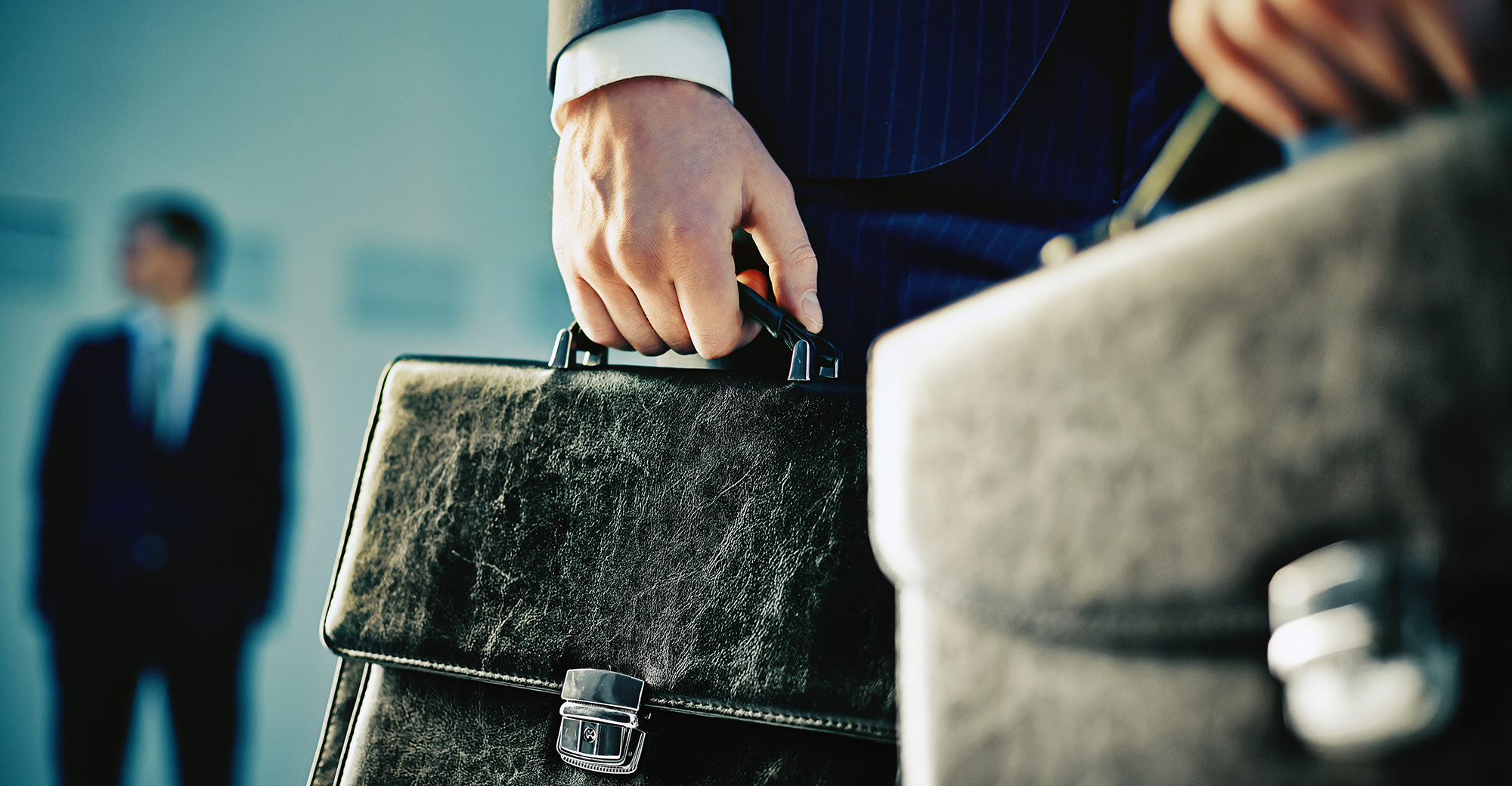