This story was originally published on TKer.com.

When we were younger, there was a point when someone told us that a recession was defined as two consecutive quarters of negative GDP growth, as measured by the Bureau of Economic Analysis (BEA).

Later, some of us learned that a recession is in fact designated and dated by the National Bureau of Economic Research (NBER), who make the call when they see a “significant decline in economic activity that is spread across the economy and that lasts more than a few months.” The variables the bureau emphasizes include income, employment, personal consumption, and industrial production.1

If there’s any doubt that it’s the NBER who’s behind official recession calls, then consider this statement from the BEA:

While gross domestic product (GDP) is the broadest measure of economic activity, the often-cited identification of a recession with two consecutive quarters of negative GDP growth is not an official designation. The designation of a recession is the province of a committee of experts at the National Bureau of Economic Research (NBER), a private non-profit research organization that focuses on understanding the U.S. economy.

So there you have it.

That said, this exercise of defining recessions isn’t very productive. It’s mostly just semantics, and it’s highly dependent on the metrics you decide to include and exclude in how you calculate economic activity.²

One thing everyone can agree on is that much of the economy is slowing. In fact, the BEA says GDP contracted at a 1.6% rate in Q1, and the Atlanta Fed’s GDPNow model is pointing to a 1.2% contraction in Q2.

But some very visible aspects of the economy are holding up very well.

Jobs growth? In this economy?

While there have been signs the jobs market has been cooling, it certainly does not reflect an economic recession.

According to Bureau of Labor Statistics (BLS) data released Friday, U.S. employers in June added a healthy 372,000, which was considerably stronger than the 265,000 expected by economists.

So while the stock market has tumbled and economic activity has decelerated since the beginning of the year, the labor market has added 2.74 million jobs during the same period with gains in every month.

This is in line with BLS data released on Wednesday that showed the layoff rate remained near a record low of 0.9% in May.

Initial claims for unemployment insurance came in at 235,000 for the week ending July 2. While the number is up from its six-decade low of 166,000 in March, it remains near levels seen during periods of economic expansion.

“If the economy is in a recession, employers have not seemed to notice,“ Wells Fargo economists wrote on Friday.

So far, we’ve been looking at labor market metrics that reflect the past and the present. But what about the future?

Based on job openings data, it’s pretty clear that the demand for more labor continues to be very strong.

According to BLS data released Wednesday, there was a whopping 11.25 million job openings in May. That compares to the 5.95 million unemployed during the same period.

With nearly two job openings per unemployed person, this is a very tight labor market with a lot of demand for workers.

Why this is not a recession

“In recent decades, the two measures we have put the most weight on are real personal income less transfers and nonfarm payroll employment,” the NBER explained regarding its recession calls.

Regarding real personal income less transfers, that metric also continues be very strong. According to BEA data released June 30, it climbed to a record annualized rate of $14.5 trillion in May.

The BLS also has a metric called the index of aggregate weekly payrolls, which is the product of jobs, wages, and hours worked. It’s a rough proxy for the total nominal spending capacity of the workforce. This metric increased by 0.6% month-over-month in June to a record high of 172.4, reflecting a 9.4% jump from a year ago. Before the pandemic, the annual growth rate was trending at around 5%.

When incomes are rising, so is the capacity to spend. And consumers are spending.

Strong jobs data is good. However…

These labor market trends are obviously good news for those getting new jobs as well as those who aren’t getting laid off.

However, there is the risk that this good news and the incremental consumer demand that comes with it puts pressure on the supply chain, which would be inflationary. And that’s bad news as the Federal Reserve’s top priority right now is to bring down inflation, even if it means employing tight monetary policy that does some serious damage to economic activity.

On an encouraging note regarding inflationary pressures, average hourly earnings in June increased by just 0.3% from May. This reflects a 5.1% gain from a year ago, which is down from 5.3% in May, 5.4% in April, and 5.6% in March.³

While the level of job openings remains very high, it has been declining from its March high of 11.9 million. This should further help ease wage pressures, and in turn inflation should come down.

That said, we seem to be a long way from getting “clear and convincing” evidence sought by the Fed that inflation is on its way lower. And until we get that evidence, expect the Fed to continue to tap the brakes on the economy.

For now, the strong labor market is keeping the economy from tipping into a recession. But the longer the Fed has to tighten monetary policy aggressively, the more likely it becomes that people start to lose jobs as part of the economic pain required to rein in prices.

Recap 📋: For a little over a year, the rapid economic recovery came with demand growth sharply outpace supply, causing inflation rates to rise. However, supply has failed to catch up, which is why the Federal Reserve has been tightening monetary policy in an effort to bring down inflation by cooling demand. While economic growth has indeed been slowing in recent months, high inflation persists. And now we have an even more hawkish Fed putting even more pressure on the economy, and it’s doing so by targeting the financial markets.

As I wrote last month, it appears that the markets will be held hostage by the Fed as long as inflation isn’t showing “clear and convincing” signs of easing. Read more about this here and here.

Earnings season kicks off this week as the nation’s biggest banks announcing their Q2 financial results. JPMorgan Chase and Morgan Stanley announce on Thursday morning. Citi, Wells Fargo, PNC, U.S. Bancorp, and BlackRock announce on Friday morning. Investors will be listening carefully to see how business has performed as the economy cooled and as interest rates rose.

1. The NBER defines a recession as “a significant decline in economic activity that is spread across the economy and that lasts more than a few months. The committee’s view is that while each of the three criteria—depth, diffusion, and duration—needs to be met individually to some degree, extreme conditions revealed by one criterion may partially offset weaker indications from another… The determination of the months of peaks and troughs is based on a range of monthly measures of aggregate real economic activity published by the federal statistical agencies. These include real personal income less transfers (PILT), nonfarm payroll employment, real personal consumption expenditures, wholesale-retail sales adjusted for price changes, employment as measured by the household survey, and industrial production. There is no fixed rule about what measures contribute information to the process or how they are weighted in our decisions.”

2. One widely known criticism of the GDP calculation is that net imports are a negative. In other words, if the U.S. economy is relatively stronger than international economies and that’s causing imports to outpace exports, then GDP suffers.

3. Fed chair Jerome Powell argued that one of the main forces driving up inflation was rising wages. The theory is that higher wages enable businesses to raise prices. If wages aren’t rising, then consumers wouldn’t be able to pay up for higher prices, which leads to a combination of demand cooling and prices coming down.

4. Here’s some info on how the index is constructed according to the NY Fed: “We use the following subcomponents of the country-specific manufacturing PMIs: ‘delivery time,’ which captures the extent to which supply chain delays in the economy impact producers—a variable that may be viewed as identifying a purely supply-side constraint; ‘backlogs,’ which quantifies the volume of orders that firms have received but have yet to either start working on or complete; and, finally, ‘purchased stocks,’ which measures the extent of inventory accumulation by firms in the economy. Note that in case of the U.S., the PMI data start only in 2007, so for the U.S. we combine the PMI data with those from the manufacturing survey of the Institute for Supply Management (ISM).“

This story was originally published on TKer.com.

Click here for the latest stock market news and in-depth analysis, including events that move stocks

Mon Jul 11 , 2022
Asset managers and brokerages are rushing into wealth management as “the loaded get richer” and a increasing tide of youthful do-it-you traders occur into inheritances, according to a new report. Advancement of wealth administration is established to outpace that of asset administration by an ordinary of 2 per cent each […] 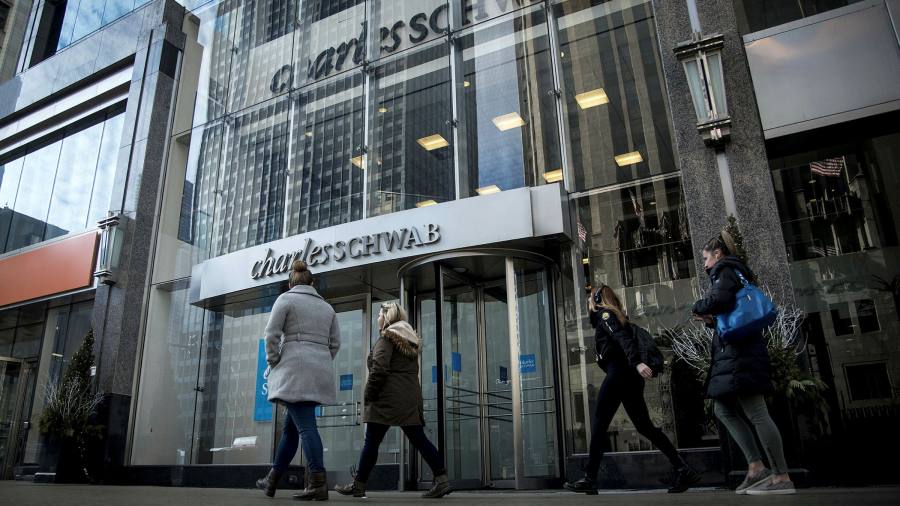