Brussels is planning to create US-style central databases that hold information on publicly listed companies and trading activity as part of a push to boost integration of its capital markets.

According to draft documents seen by the Financial Times, the measures will include changes to make it easier for investors to access information on companies operating in the EU and for EU banks and fund managers to find prices of stocks and bonds throughout the single market.

The proposals, set to be formally announced next week, are intended to make the EU more attractive to international investors following the UK’s departure from the single market.

“The EU’s global competitiveness is weakened by the fragmentation of its capital markets,” the draft documents say. Reforms to build a capital markets union “will in turn help companies tap into larger pools of capital held by institutional and retail investors across the EU”, they add.

The EU corporate reporting system, known as the European single access point, would consist of common, free public information about companies and products. At present, most information is scattered across multiple jurisdictions.

The project, aiming to go live in 2024, is likely to be paid for from the EU budget and overseen by Esma, the securities regulator, the documents say.

Authorities want to reproduce some of the benefits of services widely used in the US, the world’s biggest capital market, in many of its reforms. They include the Securities and Exchange Commission’s Edgar system for reporting corporate information and marketwide tapes that record trading information on stock and bond markets.

The European Commission envisages tapes that bundle together information collected from Europe’s patchwork of more than 470 exchanges and trading venues. Europe has long sought a “consolidated tape” but private efforts to build one have failed due to competing commercial interests, as well as slow and patchy data feeds.

“The total cost [to investors] of not having an accurate view of the equities markets can be as high as €10.6bn annually,” the document says.

Regulators have acknowledged that the last attempt to create a consolidated tape, in the 2018 Mifid legislation, failed. Brussels is planning to mandate that data providers supply standardised information to the tapes. Contributors would get “fair remuneration” and a minimum revenue in return, it said.

“Policymaking has typically focused on the needs of the intermediaries and we welcome the increased focus that policymakers now also have on end investors,” said Stephen Fisher, managing director of the global public policy group at BlackRock, at a conference in London on Thursday.

The proposed changes to market infrastructure addressed what he saw as Europe’s main weakness — trading that was fragmented along national lines and that “has held back capital raising and investor participation in capital markets”.

The proposals also include a formal ban on payment for order flow, a controversial practice in which retail brokers hand their orders to market makers in return for a fee. This is widely used in the US and Germany, but effectively banned in most EU countries.

Markus Ferber, a German MEP, welcomed the commission’s decision to address the issue but questioned whether an “outright ban” was the right approach.

The commission also wants to change the caps on the amount of business that can be executed in dark pools — off-exchange venues that fund managers to buy and sell large blocks of shares without disturbing the price on the market.

In addition, there are plans to tighten the rules on “systematic internalisers” — more lightly regulated invitation-only markets run largely by banks and high-frequency traders.

Other proposals include scrapping rules that require clearing houses to clear derivatives on rival exchanges, to build clearing capacity in the bloc after Brexit. Most of the euro clearing business is based in London.

Next year the commission will propose changes to the corporate insolvency framework and make it easier for companies to raise funds on exchanges, according to the draft documents. 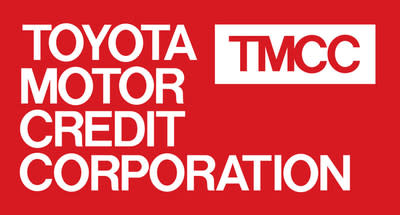