The market volatility in recent weeks is enough to make even the most experienced investors worried, particularly as they contend with the omicron Covid variant and the prospect of tighter monetary policy from the Federal Reserve.

Wall Street’s top analysts are looking past the short-term tumult. These five stocks are potential long-term winners, according to TipRanks, which tracks the best-performing stock pickers.

While the semiconductor sector has been benefitting greatly from the shift toward data centers and a digital economy, Marvell Technology (MRVL) is poised to capitalize. The semiconductor developer recently smashed its quarterly earnings, and analysts have taken a more bullish stance on its multi-year outlook. (See Marvell Risk Factors on TipRanks)

Hans Mosesmann of Rosenblatt Securities published an upbeat report on the stock, noting that the firm saw sales growth over 30%, as well as a beat and raise on its guidance. Further, Marvell has mitigated supply chain impacts thus far.

The analyst noted Marvell is experiencing robust demand in “all key infrastructure markets (DC, Carrier, Enterprise/Networking, and Auto/Industrial), with all of them inflecting on new transitions with 5nm-based application-specific integrated circuit/merchant silicon solutions in 2H22.” These chips are precisely what the company focuses on, and their applications are anticipated to “grow sequentially” moving forward, Mosesmann said.

Calling the stock a “favorite secular idea,” the analyst stated that over the next few years “the company sees a step up and incremental revenue from cloud optimized silicon design wins, the ramp of 5G and increased dollar content, the increase in revenue of Automotive Ethernet conductivity, and the ramp of PAM4 [pulse amplitude modulation with four levels] and ZR products to support strong revenue growth.”

Financial aggregator TipRanks currently places Mosesmann as No. 6 out of more than 7,000 professional analysts. He has been successful on his stock picks 81% of the time and has returned an average of 79% on each rating.

The last few years have been revolutionary for the auto industry, as electric vehicle (EV) producers capture the attention of consumers and investors. After going public last month to much fanfare, Rivian Automotive’s stock (RIVN) appears to have calmed down in volatility, and analysts are largely bullish. (See Rivian Stock Analysis on TipRanks)

Among those analysts is Daniel Ives of Wedbush Securities, who considers Rivian to be an “EV stalwart in the making,” due to its trajectory in capturing a largely unpenetrated market. While other EV makers have mainly focused on sportscars and sedans, Rivian is one of the first to offer luxury SUV and Pickup models.

Ives rated the stock a Buy and initiated coverage with a price target of $130 per share.

Relatively little competition stands in the way of RIVN, with only General Motors (GM), Ford (F), and Tesla (TSLA) having produced or announced plans for similar vehicles. When compared with smaller companies, Ives contends that Rivian is “leading the pack.”

The analyst noted that RIVN is properly vertically integrated, and has tens of thousands of pre-orders ready to provide consistent demand moving forward. Additionally, the company is backed by Amazon and its 100,000-vehicle fleet order, which has given investors confidence.

Ives believes that “Rivian is set to create a new category in the EV space with its game-changing debuts, a massive Normal, Illinois factory footprint, and create a major brand within the EV market over the next decade.”

Out of over 7,000 financial analysts giving advice, Ives is considered by TipRanks to be No. 79. His stock ratings have returned correct 69% of the time and have resulted in an average return of 46.3% each.

Technology behemoth Alphabet (GOOGL) is one of the world’s most valuable companies, and it has been investing in AI across multiple sectors, ultimately boosting its third-quarter revenue. Further, the persisting macro societal at-home trends have played into the conglomerate’s hands, with little signs of slowing.

Ivan Feinseth of Tigress Financial Partners said that the strong emphasis on artificial intelligence have benefited Alphabet’s new Pixel 6 smartphone and its general search engine features. He also noted that Apple’s (AAPL) iOS 14.5 privacy changes had minimal impacts on GOOGL’s advertising segment, due in part by the prevalence of the Android operating system. (See Alphabet Website Traffic on TipRanks)

Regarding Alphabet’s exploratory innovations, the analyst added that the firm has invested in a “cutting-edge neural network-based natural language search process MUM (Multitask Unified Model), which is a thousand times more powerful than BERT (Bidirectional Encoder Representations from Transformers).”

Even with its heavy investments, GOOGL has maintained enough of a strong balance sheet to satisfy its shareholders in the near term. The company expanded its $50 billion share repurchasing program to include both classes of stock and has thus far executed on $36.8 billion this year.

With more digitization and cloud-based solutions for large enterprises and personal operations, the threat of cyberattacks has also risen. For investors seeking a way to play the cybersecurity space, Alex Henderson of Needham & Co. named SentinelOne (S) “the fastest growing company in our coverage list.”

Henderson rated the stock a Buy and declared a price target of $82.

The analyst noted that “the multi-tenant, micro-services based, API-driven platform is particularly well suited to integrate into the operating environment of MSSPs, allowing SentinelOne to service this massive end-market opportunity in a cost-effective manner.”

This past quarter saw new customers rapidly adopt SentinelOne’s complete product suite, as well as a higher rate of customers renewing their subscriptions.

However, because the six-month lock-up period for its shares recently ended, the stock may still be affected by increased volatility in the near term. Despite this, Henderson anticipates SentinelOne will continue to benefit from the high popularity of its Cloud Workload service and other new product offerings, ultimately driving long-term upside.

Out of over 7,000 financial analysts on TipRanks, Henderson is rated as No. 50. His success rate stands at 72%, and his stock ratings have returned him an average of 44.1%.

When a pandemic hits, it affects just about every industry, even waste removal services. However, Waste Connections (WCN) has since pulled its business back to pre-pandemic levels, due in part by a wave of mergers and acquisitions aiding in inorganic growth, a loyal customer base, and strong wage incentives protecting it from an ongoing labor shortage. (See Waste Connections Insider Trading Activity on TipRanks)

Hamzah Mazari of Jefferies Group elaborated on these positives in his recent report, stating that “WCN was stayed ahead of the curve when it comes to wages and continues to pay their drivers above market, which has helped with retention and employee quality.” Moreover, he does not foresee M&A “cooling off anytime soon.”

Mazari rated the stock a Buy and decided on a bullish price target of $154 per share.

The analyst noted that the waste removal firm has been mitigating inflation properly, after hiking its pricing up to 6%, a peak level beyond its previous high in 2008. WCN has a strong installed base in which it has cultivated trust through accountability. This allows the company more pricing-related leverage.

As far as supply constraint concerns go, Waste Connections has been running a strategy in which it places orders for fleet and equipment far in advance, so as to put itself “at the front of the line.” In regard to the high wages its drivers and employees enjoy, these costs can be reduced in the second half of the next year if gross margins are too tight, thus relieving pressure.

Financial aggregator TipRanks places Mazari at No. 443 out of over 7,000 analysts. His stock picks have been correct 62% of the time, and they have returned him an average of 39.6% each.

Mon Dec 13 , 2021
Credit Suisse has hired the former chief executive of Australian finance group AMP to run its revamped wealth management division, as the Swiss lender tries to win market share from its domestic rival UBS. Francesco De Ferrari, who worked for Credit Suisse between 2002 and 2018, left AMP in June […] 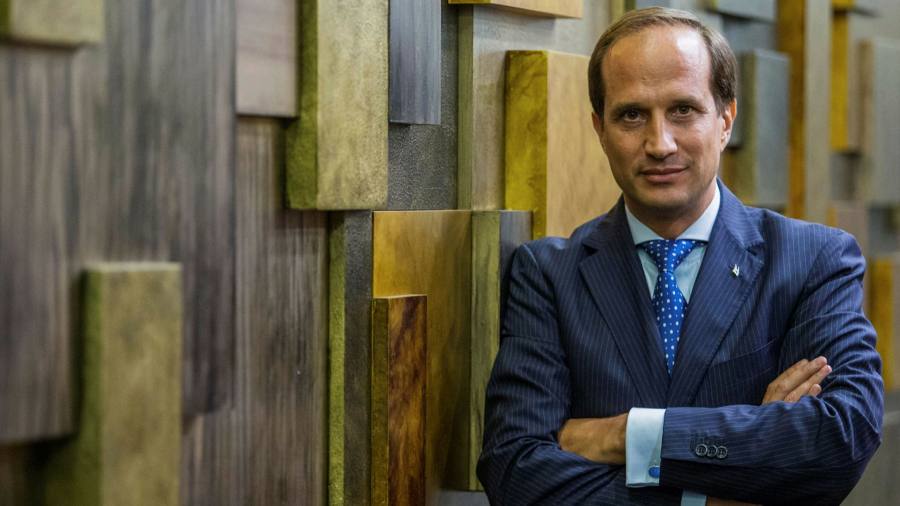