The U.S. housing market has been “bonkers” and is “still nuts” — words recently used by real estate guru Barbara Corcoran on Yahoo Finance Live. Since COVID-19 emerged, homes are being sold at a record clip and prices are skyrocketing across the nation. But the frenzy is especially magnified in one Sunbelt City.

Austin is this year’s Yahoo Finance 2021 hottest housing market. According to almost every real estate company that tracks home prices, no matter how you slice and dice the data, home prices in the capital city of Texas have soared, outpacing the nation.

It’s also probably not much of a surprise to industry watchers and at least one real estate company. Zillow predicted Austin would be the hottest city of 2021 way back in January. Now Zillow (Z) is predicting by the end of this year the Austin metropolitan area will become the least affordable major metro region for homebuyers outside of California; it has already surpassed Boston, Miami, and New York City.

“The Austin market has stood out and it’s because of the phenomenal shift in remote work, outperformance of tech industry and search for affordability,” said Danielle Hale, economist at Realtor.com, adding that even though prices have risen in the market it’s still half as expensive as other major cities.

Median sales price of single-family homes in the Austin metro area rose 33.5% to $498,400 in the third quarter of 2021 from the same period a year ago, far outpacing the national median home price increase of 16% for the same time period, according to the National Association of Realtors (NAR). Among the 50 major cities that Realtor.com tracks, Austin led the pack in terms of annual median listing price growth by posting a 15.9% increase. Similarly, NerdWallet found that among the nation’s largest metro areas, Austin saw the highest increase in listing price — a 29% rise in the third quarter from the same period last year.

Austin is “well positioned as a fairly affordable destination to buy a family-sized home in a location that has a lot of cultural cache,” said Jeff Tucker, Zillow’s senior economist.

Like many other warmer climate metros, Austin benefited from the COVID migration. But some would argue folks from all around the nation and even world were already flocking to the City of the Violet Crown (Austin shares this moniker with Athens, Greece) well before the virus arrived in the U.S., and not just for South by Southwest (SXSW), an annual interactive media and music festival.

“Austin was popular before COVID, it is a cool city,” said Elizabeth Renter, NerdWallet’s data analyst. “It would be topping the list of price increases and inventory decreases regardless of COVID, maybe not to this extreme.”

While most people arriving in Austin came from Los Angeles, San Jose, and San Francisco in 2020, according to a Zillow analysis, Tucker noted that the city is “a sweet spot, it attracts a lot of people from all over (migration from the West Coast, Northwest and Midwest).” Other U.S. cities like Miami tend to only be destinations for Northeast and Midwest residents, and Boise catches the eye of mostly Californians.

“Austin is a very progressive city that offers everything from not just a scenic perspective: rolling hills, great lakes. It has a very active lifestyle, it’s a tech-centric city,” said Romeo Manzanilla, former president for Austin Board of Realtors and managing director for Compass. “People from the East and West Coasts can identify with it.”

It is home to billionaire and newly anointed Time Person of the Year, Elon Musk, who officially moved Tesla’s (TSLA) headquarters from California this year. Similarly, software maker Oracle (ORCL) has decamped to Austin, where it opened a campus in 2018, from Silicon Valley. And just last month, Samsung said it plans to build a $17 billion semiconductor factory right outside of Austin that is expected to be operational in the second half of 2024.

Meanwhile, next year Apple (AAPL) is expected to complete its $1 billion, 133-acre campus, which will eventually house 15,000 employees in Austin. And since establishing its first office in Austin in 2007, Google (GOOG, GOOGL) has expanded its office space in the city and now has 1,100 employees there. The latest spate of activity has essentially revived Silicon Hills, a nickname given to Austin in the 1990s.

“Companies relocating to or expanding secondary headquarters in Austin have created substantial job opportunities and drawn people in. The combination of a strong local economy with the flexibility that people don’t have to have a job in Austin” to live there has made the market a standout, said Hale.

Job growth in Austin has been happening “for many years,” said Lawrence Yun, chief economist at the National Association of Realtors, in an email. “Based on the migration patterns of many Californians moving in, one can surmise it is due to tech sector expansion in the metro region.”

During the third quarter of 2021, 54% of people looking for homes in Austin were from outside of Texas including home hunters from overseas, according to Hale. Forty-six percent came from other parts of the state.

It also helps that Austin is in a “tax-friendly state (there’s no income tax) so it’s more beneficial for high-income taxpayers,” she added.

People from the Bay Area and Los Angeles “have more liquid funds to come in and put in an offer [on a home] well above asking [price],” said Manzanilla. “They have made our market competitive.”

“It has been a frustrating experience for long-time local residents. Trying to outbid new tech employees has been difficult,” said Yun. “Any monthly savings accumulated for a down payment has become irrelevant as home prices rose even faster than the savings rate.”

But relief may be on the way, as experts note that there are early signs that the Austin housing market is cooling down. In fact, Fairweather said price growth has already peaked this year in April. Like the rest of the nation, price growth will subside to single-digit rates going into 2022, compared to as much as north of 20%, according to Fairweather.

That should help alleviate price pressure in the city, even as homes on the market fly off the shelf. During the third quarter of 2021, homes for sale were on the market for a mere 24 days, compared to 40 days nationally, according to NerdWallet’s Renter.

Celebrity and Austin native Matthew McConaughey, who as a minority stakeholder in the MLS team Austin FC helped the city welcome its first professional sports team this year, summed up why the Austin is so hot in an extensive interview with Yahoo Finance Editor-in-chief Andy Serwer last year: “Austin used to be a college town, a government town, and a music town. It’s now a banker town, a tech town, and an international destination.”

Amanda Fung is an editor at Yahoo Finance.

Meta/Facebook is the worst company of the year: Yahoo Finance readers

Fri Dec 17 , 2021
Every December, Yahoo Finance selects a Company of the Year, based on its market performance and its achievements that particular year. In 2021, Microsoft (MSFT) took home the crown, smashing through the $2 trillion market capitalization mark and seeing a 53% surge in its stock price as of Dec. 16, […] 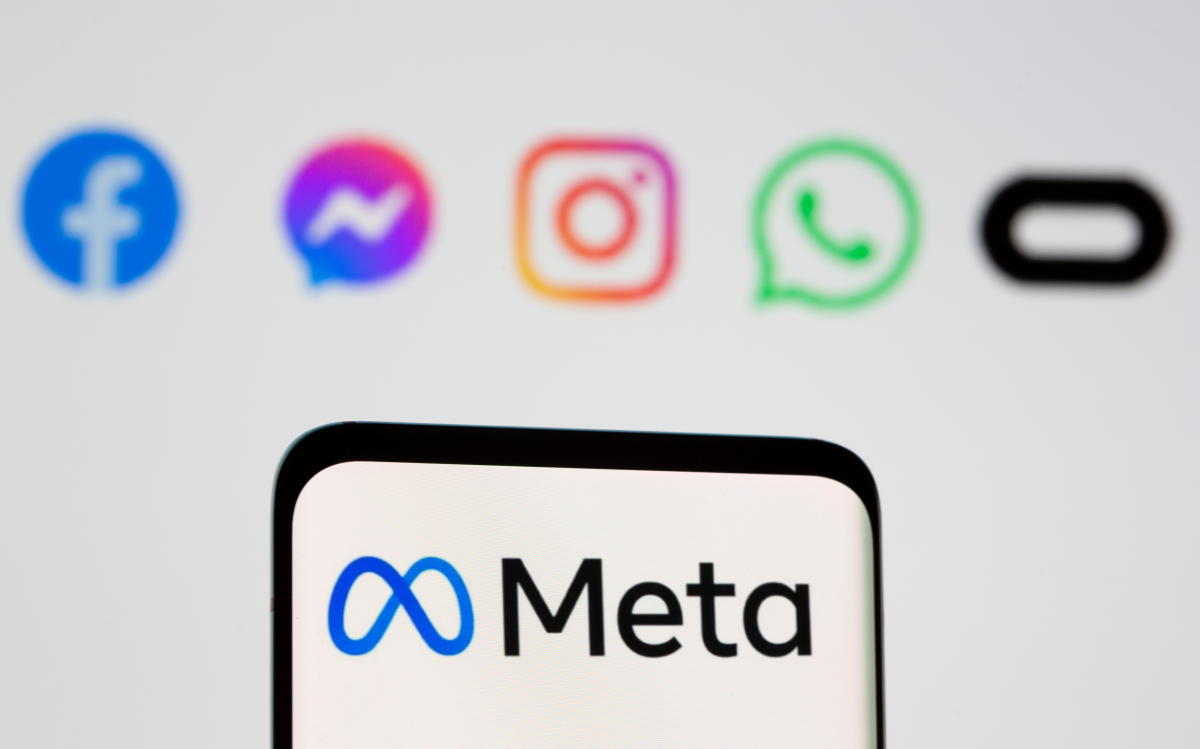