Stock rose during a choppy session at the start of another busy week for corporate earnings and fresh economic data, as investors continue to assess the Federal Reserve’s path forward for monetary policy.

The S&P 500 extended gains after posting its best weekly rise of the year last week. The Dow also turned positive, while the Nasdaq was little changed in afternoon trading.

Heading into this week, just over half of S&P 500 companies had reported actual quarterly earnings results. The expected growth rate for aggregate S&P 500 earnings stood at 29.2%, according to data from FactSet on Friday. If maintained for the next several weeks of the earnings season, this would mark the fourth straight quarter that earnings grow by more than 25%.

And on the economic data front, this week’s Consumer Price Index (CPI) due out Thursday will serve as one key report helping market participants determine the next moves from the Federal Reserve to curb rising prices.

Consensus economists are looking for the CPI to rise by 7.2% on an annual basis for January, marking the fastest rise in prices since 1982. Such a result would further add fuel to the narrative that the U.S. economy has recovered sufficiently, and is now running hot enough, to warrant an aggressive pivot to tightening from the Fed. Last week’s much better-than-expected jump in payrolls in the Labor Department’s January jobs report also underscored the extent of the recovery.

“Following the stunning performance of the January employment report, the coming week’s key release is likely to be Thursday’s January CPI report as it will provide policymakers and market participants insight about inflation amid furthering signs of persistent, elevated price pressures that, in turn, support expectations for hawkish monetary policy actions initiating in March,” Sam Bullard, Wells Fargo senior economist, wrote in a note on Sunday.

“Further increases in inflation expectations, particularly longer-term expectations, would only add more pressure on the Fed to act in March and uncertainty over the path of rate hikes,” he added.

And indeed, market participants have increasingly priced in the likelihood that the Federal Reserve will ultimately raise interest rates five times in 2022, marking an increase from the just three interest rate hikes the central bank itself had telegraphed in December. Some investors have also suggested that the Fed might hike rates by 50 basis points after its March policy-setting meeting rather than by a quarter-point, which would mark the first move of such a magnitude since 2000.

Shares of Meta Platforms (FB) tracked toward a third consecutive day of declines, with the stock’s cumulative drop over this period nearing 30%.

The stock has continued to slide in the aftermath of the company’s disappointing quarterly outlook delivered last Wednesday afternoon. Meta Platforms said it expected to have first quarter sales come in between $27 billion and $29 billion, falling short of the $30.25 billion consensus analysts were expecting. Daily active users and monthly active users each also fell short of expectations for the fourth quarter.

Meta Platforms cited a combination of increased competition from other social media players like TikTok and Snap, and changes to Apple’s iOS privacy system, for the disappointing results.

Bitcoin prices (BTC-USD) rose for a fifth straight day on Monday, heading for its longest winning streak since early September as a rebound in equities and other risk assets extended to cryptocurrencies.

Prices for the largest cryptocurrency by market capitalization were up 5% to more than $43,400 Monday morning in New York. This brought Bitcoin to its highest level since January 15, according to Bloomberg data.

Peloton (PTON) shares rose by nearly 30% just after market open Monday morning amid reports that the fitness technology company had attracted interest among several major companies for a potential takeover.

The Financial Times and Wall Street Journal reported Friday that both Nike and Amazon were considering making bids to purchase Peloton. Peloton shares have fallen 83% over the past 52 weeks as the company signaled demand was beginning to wane for its connected at-home stationary bike and treadmill products. The company has also recently received a sharp rebuke from activist investment firm Blackwells Capitals, which called for Peloton CEO John Foley to be removed amid the stock’s slide.

Despite the stock pop following reports of the deal, some Wall Street analysts expressed skepticism that such a deal would actually go through.

Here’s where stocks were trading just after the opening bell:

Tue Feb 8 , 2022
Cathie Wooden is doubling down on her conviction in disruptive innovation — but this time, with a different solution. The star fund manager who runs the well-liked Ark Spend loved ones of exchange-traded money will foray into non-public corporations with a new investment decision method that focuses on illiquid securities […] 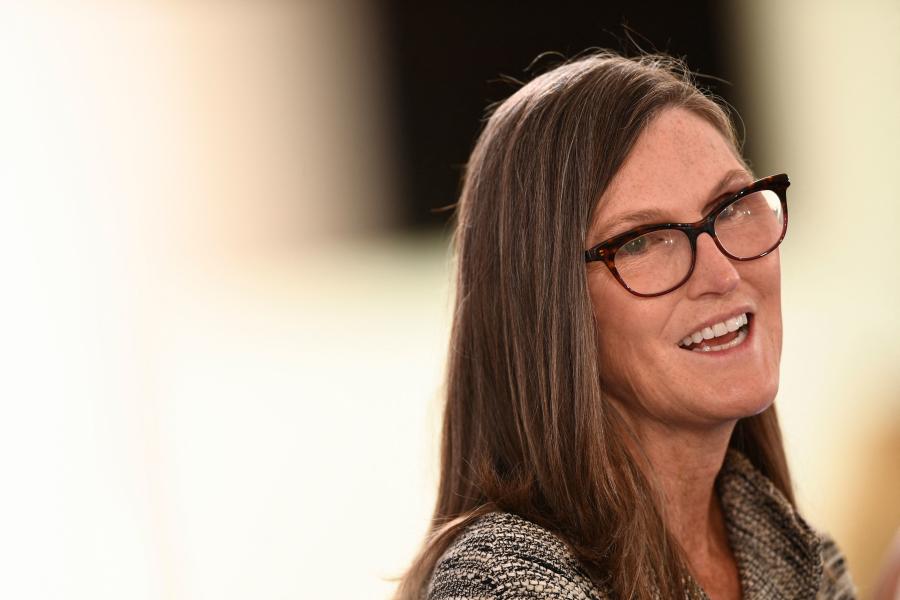