Stocks advanced Thursday, with investors cheering developments in Washington as lawmakers reached an agreement that would temporarily avert a government default by mid-month.

The three major indexes extended gains after Senate Majority Leader Chuck Schumer said Thursday morning that lawmakers had reached a deal to extend the government’s debt limit through the beginning of December. Such a move would offer time to prevent a government default that many pundits said could come as soon as around Oct. 18.

The issue of the debt ceiling has been a focal point for corporate leaders and market participants alike. Earlier Wednesday, President Joe Biden met with top business leaders including JPMorgan CEO Jamie Dimon and Nasdaq CEO Adena Friedman, who urged lawmakers to raise the debt limit and prevent a government default they warned would be catastrophic to the U.S. economy. Treasury Secretary Janet Yellen also told CNBC she expected a government default would cause a recession.

“The debt ceiling is one of many factors right now that we think are causing these gyrations in the markets. Certainly the market will take some comfort when there is a deal, when it is more formalized,” Yung-Yu Ma, chief investment strategist for BMO Wealth Management, told Yahoo Finance.

The ongoing debt ceiling debate has been just one of a number of concerns to the market in recent weeks, which have all come together to catalyze volatility across risk assets.

In addition to concerns over the debt limit, “markets are looking for some resolution, or at least an end in sight to the supply chain issues, the inflation pressures that are building,” Ma added. “The markets are also starting to look toward the November meeting of the Fed, and hoping that the Fed is not going to show excessive increases in future interest rates as well … So several things are going on.”

A spike in energy and commodity prices has also weighed on investor optimism, reinforcing the persistent trend in rising price pressures across the global economy.

U.S. crude oil futures gained on Thursday to reverse some of Wednesday’s losses, after Bloomberg reported the U.S. Energy Department said it did not plan to release crude oil from the government strategic petroleum reserve at this time. A day earlier, the Financial Times had reported that U.S. Energy Secretary Jennifer Granholm had not ruled out tapping the SPR as one means to try and bring prices in check.

The three major indexes added to gains Thursday mid-morning after Senate Majority Leader Chuck Schumer said the chamber had reached an agreement to extend the debt limit into December avert a government default this month.

Each of the S&P 500, Dow and Nasdaq were up at least 1.3% in intraday trading, and the small-cap Russell 2000 outperformed with a gain of 2%. The materials, healthcare and consumer discretionary sectors led the way higher in the S&P 500, and all 11 major sectors were in positive territory during the session.

Nearly every component in the 30-stock Dow traded higher on Thursday. Materials company Dow Inc. and Nike outperformed, gaining more than 3% and 2.5%, respectively.

Pfizer (PFE) and BioNTech (BNTX) on Thursday said they were submitting data to the Food and Drug Administration to seek emergency use authorization of their COVID-19 vaccine for children between the ages of 5 to 11. Shares of both drugmakers were higher in early trading.

The FDA previously set a tentative advisory committee meeting to discuss the vaccine for pediatric use on Oct. 26. So far, the Pfizer vaccine has received full approval for use in individuals 16 and older, and emergency use authorization for those aged 12 to 15.

New weekly unemployment claims posted a sharper than expected drop last week, with impacts to the labor market relating to Hurricane Ida and the Delta variant beginning to recede.

Initial jobless claims totaled 326,000 for the week ended Oct. 2, the Labor Department said Thursday. This came in below the prior week’s 364,000, which was upwardly revised from the 362,000 previously reported.

As of the week ended Sept. 18, about 4.2 million individuals were claiming benefits across all unemployment programs, compared to 5 million during the prior week. These figures have come down sharply in recent weeks in large part due to the expiration of crisis-era federal unemployment programs on Sept. 6. Continuing jobless claims totaled 2.714 million during the week ended Sept. 25, reaching the lowest level since March 2020.

Stocks headed for a higher open Thursday morning. Here were the main moves across markets:

Should You Consider Investing in Markel Corporation (MKL)?

Thu Oct 7 , 2021
Vltava Fund, an investment decision administration firm, posted its third-quarter 2021 trader letter – a duplicate of which can be downloaded here. In its Q3 investor letter, Vltava Fund described the two businesses they not long ago owned and delivered some updates about the fund’s assets as of the close […] 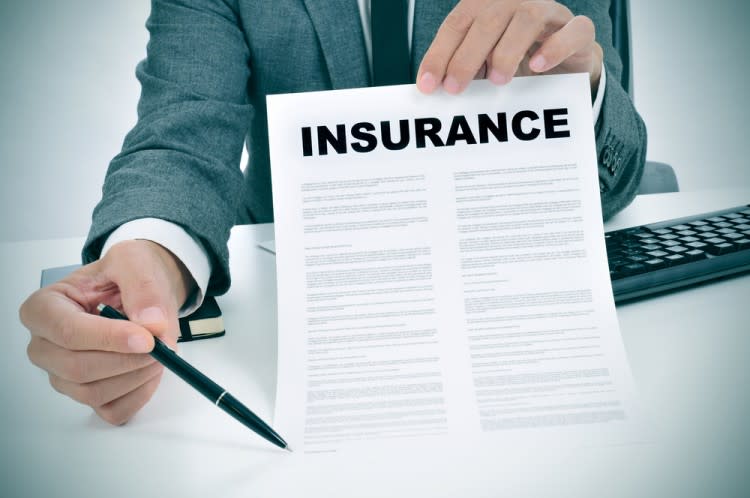