U.S. stock futures fell Friday morning to give back some gains after a three-day winning streak. However, the major equity indexes still headed for weekly advances as traders took favorably the Federal Reserve’s measured first move on raising interest rates.

Contracts on the S&P 500 declined. The index was on track to post its first weekly gain in three weeks, and its biggest since November 2020, based on closing levels from Thursday. U.S. crude oil prices rose to hold above $104 per barrel, while the 10-year Treasury yield declined to about 2.14%.

For U.S. equity investors broadly, news this week that the Fed opted for a 25 basis point rate hike and charted out a route toward six additional rate hikes later this year helped provide clarity on the future monetary policy path and removed an overhang of uncertainty. The size of the interest rate hike was taken as a carefully considered first move, beginning the process of addressing inflation while avoiding delivering a major shock to markets already weighing Russia’s war in Ukraine.

“They took what I would consider the safe route, which was to do 25 basis points,” Sonal Desai, Franklin Templeton Fixed Income chief investment officer, told Yahoo Finance Live on Thursday. “Absent what we are seeing on the geopolitical stage right now, they probably would have gone for 50. So I definitely would not rule out a faster, more front-loaded pace of rate hikes going forward.”

And later, Fed officials may also upwardly revise its projections for where interest rates will end this year, in the event that inflation does not moderate quickly, Desai added. Based on the Fed’s projections from Wednesday, short-term interest rates would likely end the year around 1.75%.

“I could see them going up to 2% this year — we could expect, by the end of next year, looking at something closer to 3%,” she added. “So I’m looking at what the Fed has done. I think it was what as needed because it may come across as hawkish, but the Fed is enormously behind the curve at this point.”

Technology stocks in particular got a boost following the Fed’s decision, with some of the most badly beaten down growth names recovering some year-to-date losses. While some strategists suggested the bottom may have been put in for most tech stocks, others were less certain.

“We did get the hawkish statements out of the Fed [Wednesday], and even though they’re going to be stiff headwinds for tech stocks and other aggressive growth companies, the data is now known. And when it’s known, it’s absorbed in the market,” Paul Meeks, Independent Wealth Solutions Management portfolio manager, told Yahoo Finance. “The thing that I still worry about, and it keeps me away from go all-in in tech, is what’s going on in Eastern Europe, because if we still have geopolitical risks, we still have risks to these stocks.”

Bullard was the only member of the Federal Open Market Committee to dissent with the Fed’s decision this week to raise interest rates by 25 basis points. Instead, Bullard wanted the Fed to raise by 50 basis points and also implement a plan to reduce the balance sheet.

“The combination of strong real economic performance and unexpectedly high inflation means that the Committee’s policy rate is currently far too low to prudently manage the U.S. macroeconomic situation,” Bullard said in a statement. “Moreover, U.S. monetary policy has been unwittingly easing further because inflation has risen sharply while the policy rate has remained very low, pushing short-term real interest rates lower. The Committee will have to move quickly to address this situation or risk losing credibility on its inflation target.”

Bullard said that in his dot on the “dot plot,” or Fed’s Summary of Economic Projections, he saw the Fed raising rates to above 3% this year.

Here’s where markets were trading heading into the opening bell Friday morning:

Fri Mar 18 , 2022
Berkshire Hathaway (BRK-A, BRK-B) CEO Warren Buffett, the 91-year-previous Oracle of Investing, has viewed just about each variety of marketplace. In 1999, at the peak of the net bubble, Buffett warned that buyers envisioned unrealistic returns. In Oct 2008, the rapid aftermath of the worst economical crisis due to the […] 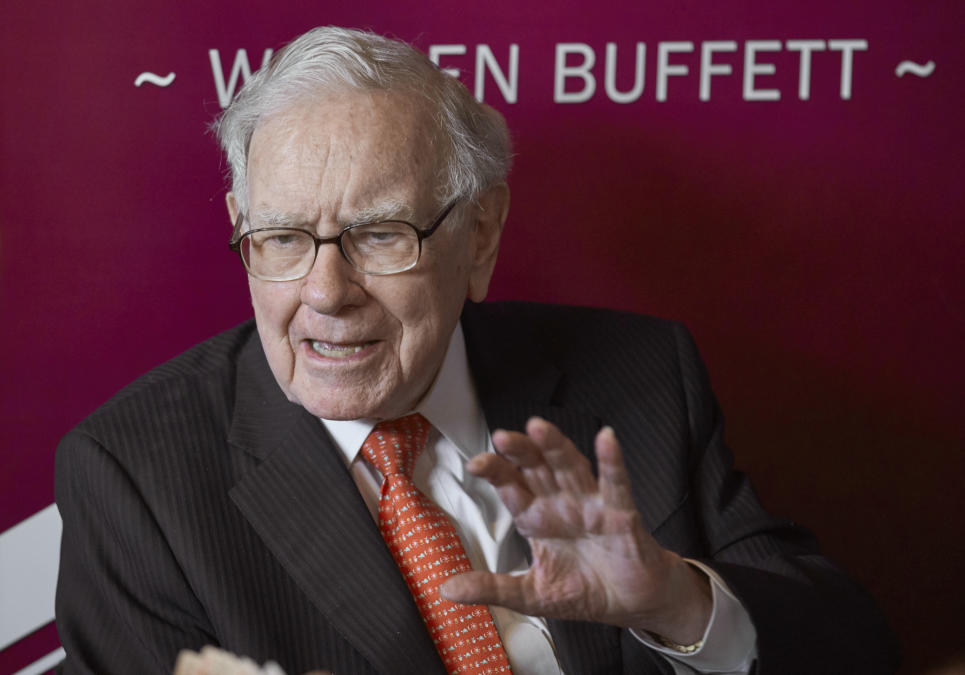