Sen. Lindsey Graham, R-S.C., joined ‘Fox News Sunday’ to discuss the bill, warning it will ‘destroy this country’ if it becomes law.

“CBO scores are outdated to start with in terms of what and how they assess. Many new ideas w/out economic data to help generate a score never get scored accurately,” Jayapal, D-Wash., said. “Future savings, inclu (sic) reductions in poverty, wellbeing of planet, don’t get scored.”

“On top of that, if you now tell CBO that they should score not based on what is in the bill but an assumption of what happens if all the programs in the bill get extended for some period of time, that topples all credibility of scores. That’s fictional scoring,” Jayapal added. “GOP asking for score on Build Back Better that extends all the programs to 10 years is completely ridiculous.”

Jayapal’s comments come as a score of the reconciliation bill released by the agency last week continues to roil Washington, D.C.

Senate Republicans asked the CBO to score Democrats’ bill as if all its programs would be permanent, resulting in a total price tag of nearly $5 trillion instead of less than $2 trillion. With the revenue raisers included in the bill staying constant, that would mean Democrats’ proposal would add about $3 trillion to the national debt over 10 years.

The GOP-ordered CBO score tracks with analyses from outside groups like the Committee for a Responsible Federal Budget (CRFB), which argued for weeks that Democrats are using dishonest budgeting gimmicks to reduce the price of their bill.

“They want to spend $2.4 trillion and buy with that almost $5 trillion worth of stuff. So the way they’re doing that is by making a number of the policies temporary,” CRFB senior vice president Marc Goldwein told Fox News last month.

BIDEN’S SPENDING BILL COULD ADD $3T TO THE DEFICIT IF MADE PERMANENT, CBO SAYS

These programs count as temporary on the official CBO score for the bill, Goldwein said, but there’s a strong chance many of them get extended by a future Congress after people get used to them, running up the real cost of the bill.

Jayapal argued this approach to understanding Democrats’ bill is incorrect.

“Absurd for GOP to assume all programs continue for 10 years. We made tough choices to only fund certain programs for fewer years b/c top line number had to come down,” she said. “It is completely illogical to impute a score on a non-existent bill & shows GOP is just trying to kill it.”

Jayapal suggested that if members of Congress are scoring bills based on counterfactuals and not actual legislative text, maybe the CBO should “score Pentagon spending for the next 100 years, the GOP Tax Scam for 20 years” and more. Jayapal also said the reconciliation bill would save the federal government money over two decades.

Democrats suggest that if they pass extensions to any of the programs in their reconciliation spending bill they would include additional taxes to pay for them in the future. But they would technically be under no obligation to do so.

Meanwhile, Republicans are hammering the reconciliation bill as irresponsible federal spending right when Americans are being hit hard by inflation – and they’re leaning on moderate Sens. Joe Manchin, D-W.Va., and Kyrsten Sinema, D-Ariz., to block it. In fact, Sen. Lindsey Graham, R-S.C., said on “Fox News Sunday” it was Manchin’s idea to have the CBO score reconciliation as if it were permanent.

A screenshot of Sen. Lindsey Graham from America’s Newsroom on November 10, 2021 (Fox News)

“You know why I wrote a letter to CBO? Because Joe Manchin came to me and he said, ‘I think this bill is full of gimmicks, that these programs won’t go away, Lindsey, and if you score them for 10 years, I think the bill will double,'” Graham said.

“Well, it didn’t double, it was almost 2.5 times,” Graham added. “So, I hope this will be a showstopper for Build Back Better.”

Democrats are shooting to pass the reconciliation bill through at least the Senate before the New Year. But with the days before Christmas dwindling, several outstanding policy disagreements and the Senate parliamentarian still combing through the massive bill to ensure it conforms with the Byrd Rule, that timeline appears increasingly likely to slip into next year.

Tue Dec 14 , 2021
Markets edged lower in early trading Tuesday following declines in yesterday’s session as investors tune in for on a prolific week in Washington that includes the Federal Reserve’s final policy-setting meeting of 2021, set to commence today, and the release of new prints on retail sales, housing starts and other […] 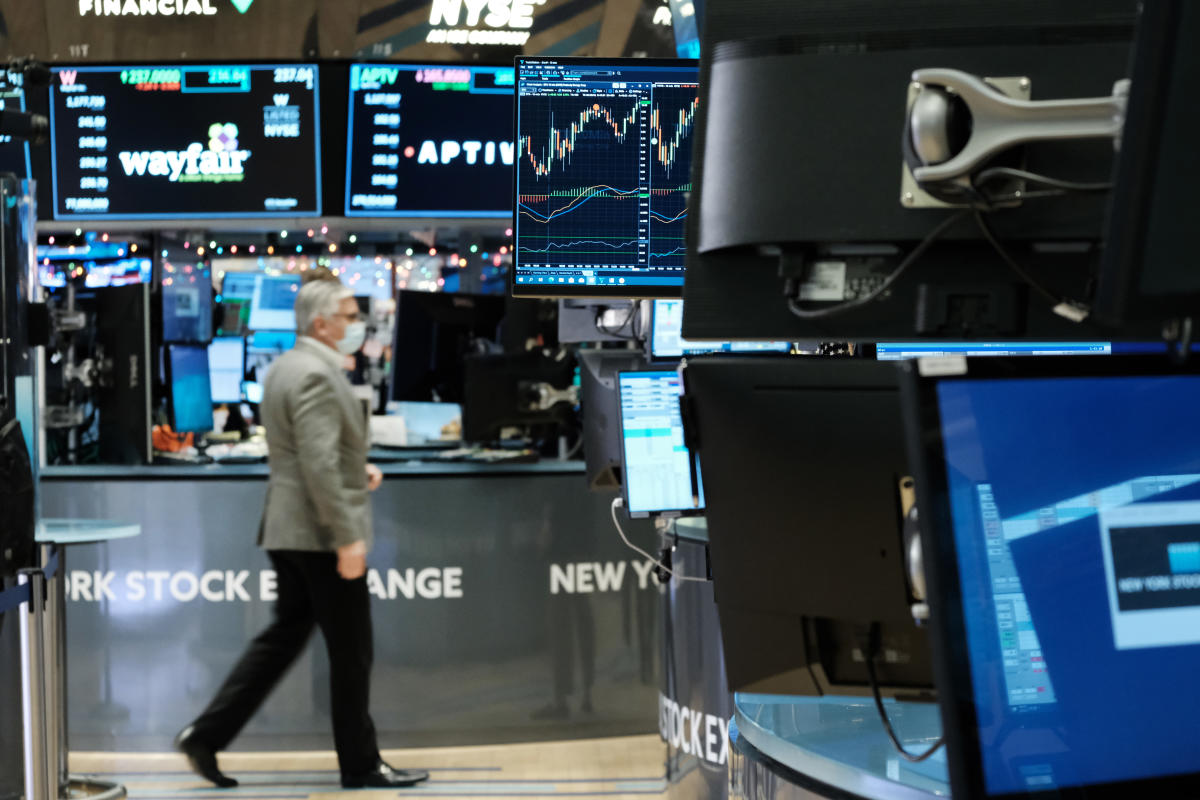