Ale Asylum, the maker of Hopalicious, Ambergeddon and a long list of other beers, made the announcement Friday via Facebook, Instagram and the homepage of its website. The company, founded in 2006 and now located near the Dane County Regional Airport, had been up for sale for nearly a year and had appeared to have secured a buyer as late as last month.

However, those plans have fallen through, idling a 45,000-square-foot brewing plant, putting 15 people out of work, and ending a business that helped define the city’s craft beer scene.

“We began with a dream and a bag of hops in May of 2006. Since then, we’ve grown into a big family of brewers, cooks, bartenders, service staff, marketing, sales, and more,” the company statement said. “The past couple years have been difficult for all businesses but with your support we were able to weather the storm. However, under circumstances we cannot control we have made the decision to close our doors.”

The brewery had closed its kitchen last fall but kept the the taproom and brewery open in what co-founder Otto Dilba termed “continuation mode.” The taproom expanded its hours in late spring, and Dilba said the kitchen was set to reopen after the sale. Dilba said the new owner had plans to expand the brewery’s portfolio beyond the traditional but often hop-forward beers that it traded on in its first 16 years.

Thursday was the company’s last full day of business, but Dilba said late Friday that he is hoping to sell the brewery’s brands to other brewers in an attempt to keep the recipes alive. It’s likely equipment and other assets of the brewery will be sold at auction. He also said the prospective buyer was not another brewing company.

“The situation just didn’t turn out the way everyone had hoped with the buyer,” Dilba said during a phone interview. “We had worked for the past several months to get things to where we wanted them to be, but they just didn’t pan out.”

But in June, Dilba seemed encouraged that a sale was imminent.

He told the Wisconsin State Journal’s Beer Baron, Chris Drosner, that several prospective buyers had emerged last fall and that one of those buyers, who wanted to continue the brand after the sale, was in the final stages of purchasing the brewery.

“We have the buyer, it’s just taken longer than we thought,” Dilba told Drosner in the June 19 column. “We’re still as excited to move this thing forward as we were back then.”

The loss of Ale Asylum will be felt by many who enjoyed its beers and by other brewers in the region who credit the company with helping grow the local craft beer scene and provide encouragement to other entrepreneurial brewers.

“So many of us wouldn’t be here today if there weren’t forerunners like Ale Asylum that had really jumped in and made craft beer grow in this market,” said Jessica Jones, who co-founded Giant Jones in 2018 with her husband at 913 E. Main St. “All of us are always going to be in their debt and a part of their legacy. The market’s really complex, especially on this side of COVID. We’re really in this totally unique moment where everything is surprising and nothing is surprising.”

Dilba and fellow co-owner Dean Coffey met while working at what was then Angelic Brewing Co. in Downtown Madison. Coffey was the brewmaster, and Dilba wanted to put his marketing skills to use. In 2005, they created the Ale Asylum brand and eventually ran out of room at their brewing facility at the corner of Stoughton Road and Kinsman Boulevard, which is now home to Karben4 Brewery. In 2012, Dilba and Coffey, plus a group of investors, opened a sparkling $8 million brewery and tasting room at 2002 Pankratz St.

At that time, the duo had visions of producing 100,000 barrels of beer a year, but as the craft brewing industry continued to explode, brewers faced challenges trying to squeeze their brands onto limited shelf space, in coolers and into bars and restaurants with limited tap handles. Loyalty also has become an issue throughout the industry as craft beer drinkers are typically not wedded to a single beer or even a single brand.

More recently, COVID-19 has rocked the industry with supply chain problems that hiked the price of equipment and aluminum cans. Meanwhile other major breweries in the area such as Octopi Brewing Co. in Waunakee and Wisconsin Brewing Co. in Verona have capitalized on using their facilities for contract brewing, making beer and other beverage products for other companies while their own brands only account for a small fraction of production.

Over the years, Dilba said, the monthly lease rate on such a large space “became insurmountable.” In 2020, Ale Asylum produced 14,500 barrels of beer. Prior to the pandemic the company employed more than 45 people.

“We’re all very sad,” Dilba said of the closing. “It’s certainly not the outcome that we all wanted, but we have a lot of good memories to look back on.”

Get the latest local business news delivered FREE to your inbox weekly.

A key point being lost amid fears of an economic slowdown

Sat Jul 23 , 2022
This post very first appeared in the Early morning Transient. Get the Morning Transient despatched straight to your inbox every single Monday to Friday by 6:30 a.m. ET. Subscribe Friday, July 22, 2022 Present-day publication is by Myles Udland, senior marketplaces editor at Yahoo Finance. Comply with him on Twitter […] 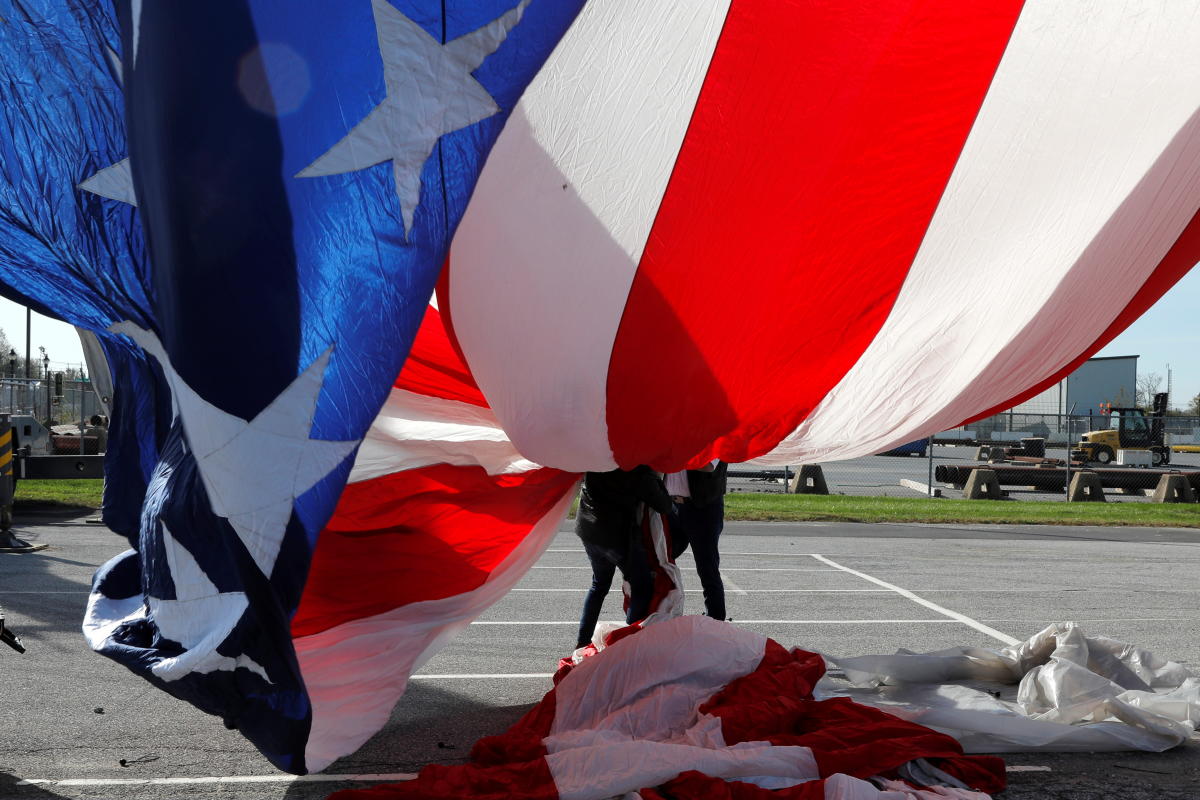