The operator is going off the hook for millions of customers.

Starting in January, AT&T customers with digital landlines won’t be able to dial 411 or 0 to reach an operator or get directory assistance. AT&T in 2021 ended operator services for wireless callers, although customers with home phone landlines can still access operators and directory help. Verizon, T-Mobile and other major carriers still offer these services for a fee.

On a notice on AT&T’s website, the company directs customers to find addresses and phone numbers on Google or online directories.

“Nearly all of these customers have internet access to look up this information,” said an AT&T spokesperson.

But a century ago, the operator functioned as Google. Everyone knew it as “Information.”

“The operator was the internet before the internet. There’s a wonderful circularity there,” said Josh Lauer, an associate professor of media studies at the University of New Hampshire who is writing a book on the cultural history of the telephone.

Operator services were a selling point to customers during the late 1800s and early 1900s. The operator was the essential link in the dominant Bell System, owned by American Telephone & Telegraph (AT&T), telecommunications network.

The operator became the early face of the telephone, a human behind an emerging and complex technology. The job came to be occupied mostly by single, middle-class White women, often known as “Hello Girls.” The Bell System, known as Ma Bell, advertised its mostly female ranks of operators as servile and attentive – “The Voice with a Smile” – to attract and maintain customers.

“Telephone users interpreted her as an efficient way to locate any information,” wrote Emma Goodmann, an assistant professor of communication at Clarke University, in her 2019 paper on the history of telephone operators.

On Halloween eve in 1938, during Orson Welles’ radio broadcast of “War of the Worlds,” New Jersey residents believed martians were invading and frantically phoned the operator for information on the invasion and to connect them with loved ones before the world ended.

Three decades later, a Bell company said a customer called to ask the operator if he was a mammal, “like a whale,” while a woman wanted to know how to get a squirrel out of her house, according to Goodmann.

The advance of technology like the internet and smartphones, the deregulation of the telecomms industry in the 1980s, and other factors have left human operators virtually extinct. In 2021, there were fewer than 4,000 telephone operators, down from a peak of around 420,000 in the 1970s, according to Bureau of Labor Statistics data.

But there are still people who call the operator and request directory help.

“411 usage is not insignificant,” the FCC said in a 2019 report. The FCC estimated then that 71 million calls annually were placed to 411.

It was designed to handle business communication, not social calls between local residents. Physicians, police, banks and the post office were some of the first subscribers.

To connect a call, an operator at a switching office would take a request from a caller and physically plug one line into another.

Bell and other telephone exchanges spread throughout the Northeast. Initially, telephone companies hired mostly men and boys to take calls. But the operator quickly became a gendered job.

Male managers decided that women were better suited to answering and connecting calls from rude customers because they were seen as more docile and polite. Companies could also pay them less than men.

Telephone companies sought female operators who would project a “comfortable and genteel image to their customers,” Kenneth Lipartito, a professor of history at Florida International University, wrote in a 1994 paper “When Women Were Switches.”

Companies rejected Black and ethnic workers with accents, and policies barred female operators from being married. By 1900, more than 80% of operators were White, single, US-born women.

Operator jobs were frenetic and repetitive.

Training was also rigorous and procedures were strict. Women were instructed to modulate their voices to sound more polite answering calls and used approved language with callers.

“Through training in the art of inflection she gains in those gentler qualities of unfailing courtesy,” a 1926 AT&T video, “Training for Service,” says.

Although many of Bell’s independent telephone rivals began using “girlless” automated switchboards in the first decades of the twentieth century, the Bell System was committed to human operators. Automation could not provide the same level of personal service, Bell believed.

“She’s one of 250,000 girls who help to give you good service, day and night, seven days a week. She’s your telephone operator,” read one typical Bell Systems magazine ad.

Operators played a crucial function because telephone books were often inaccurate and customers could not be counted on to remember updated numbers and addresses.

During the first decades of exchanges, operators also unintentionally became a catch-all for information. It was common for people to call and ask the operator for directions, the time and weather, baseball scores and other questions.

In 1968, the Bell System changed the name of its information service to “directory assistance” because too many people were taking the name too literally.

“When she was called ‘Information,’ people kept calling her for the wrong reasons,” one Bell company ad said at the time. “Now we call her ‘Directory Assistance’ in the hope that you’ll call her only for numbers you can’t find in the phone book.”

Strikes, competition for labor, and rising wages during and after World War I drove Bell to speed up its automation plans.

In 1920, fewer than 5% of Bell exchanges had automated switchboards. A decade later, more than 30% were automated, according to a 2019 article by the Federal Reserve Bank of Richmond.

The growth of automatic switchboards led to the direct-dial telephone in the 1920s. (The “0” for operator appeared with dial phones, said Lauer from the University of New Hampshire. On the new Bell dials, “Operator” was printed in the “0” position. The use of “411” also emerged with the dial era. “0” became universal for operator assistance and “411” was the number for directory assistance. In later years, if you dialed “0 and asked for directory assistance, the operator would transfer you over to “411.”)

But electronic switchboards and direct dialing were phased in gradually and did not eliminate the need for human operators.

Automatic switchboards were mainly used for local telephone calls. For decades after the introduction of direct dialing, operators still handled long-distance calls, toll calls, and calls to the police and fire department. This meant that operator jobs continued to rise until around the 1970s.

Directory assistance was also mostly free for customers until the 1970s, when AT&T began charging customers to curb the “misuse” of the service and shift the high costs of employing operators and handling time-consuming queries for information.

“Some people just simply don’t want to bother to look the number up themselves,” AT&T’s chairman complained in 1974.

The breakup of AT&T in the 1980s and the deregulation of the telecommunications industry altered operator and directory services. Phone companies began to cut their ranks of operators, automate services and charge customers fees for calls.

As companies increased prices, demand for directory assistance plunged. Meanwhile, the internet and smartphones emerged to replace these services for most callers.

David McGarty, the president of US Directory Assistance, which provides services for major carriers, has watched the transformation of the operator firsthand.

Calls to operators have decreased an average of 3% a year and around 90% overall since he started in 1996, he said.

“We’re content with riding the Titanic down,” he said.

While operator services may be nearly obsolete, it’s important to consider emergency circumstances where a caller may need to reach an operator and the customers who still rely on these services, such as low-income callers, the elderly and people with disabilities, said Edward Tenner, a technology historian in the Smithsonian’s Lemelson Center for the Study of Invention and Innovation. (AT&T said it would still offer free directory assistance to elderly customers and people with disabilities.)

“Often tragedies happen when something is exceptional,” he said.

He also empathized with people who are being forced to keep up with technological change, whether they like it or not.

“There are a lot of people who, for various reasons, haven’t adapted,” Tenner said. “Why should they be forced to migrate to the web if they don’t want to?”

Sun Jan 8 , 2023
Members of the Federal Reserve speaking all over the nation Friday mentioned that even though there are symptoms inflation is commencing to gradual, they however believe inflation is too large and a lot more function demands to be finished to deliver down price improves. “Inflation remains much way too large, […] 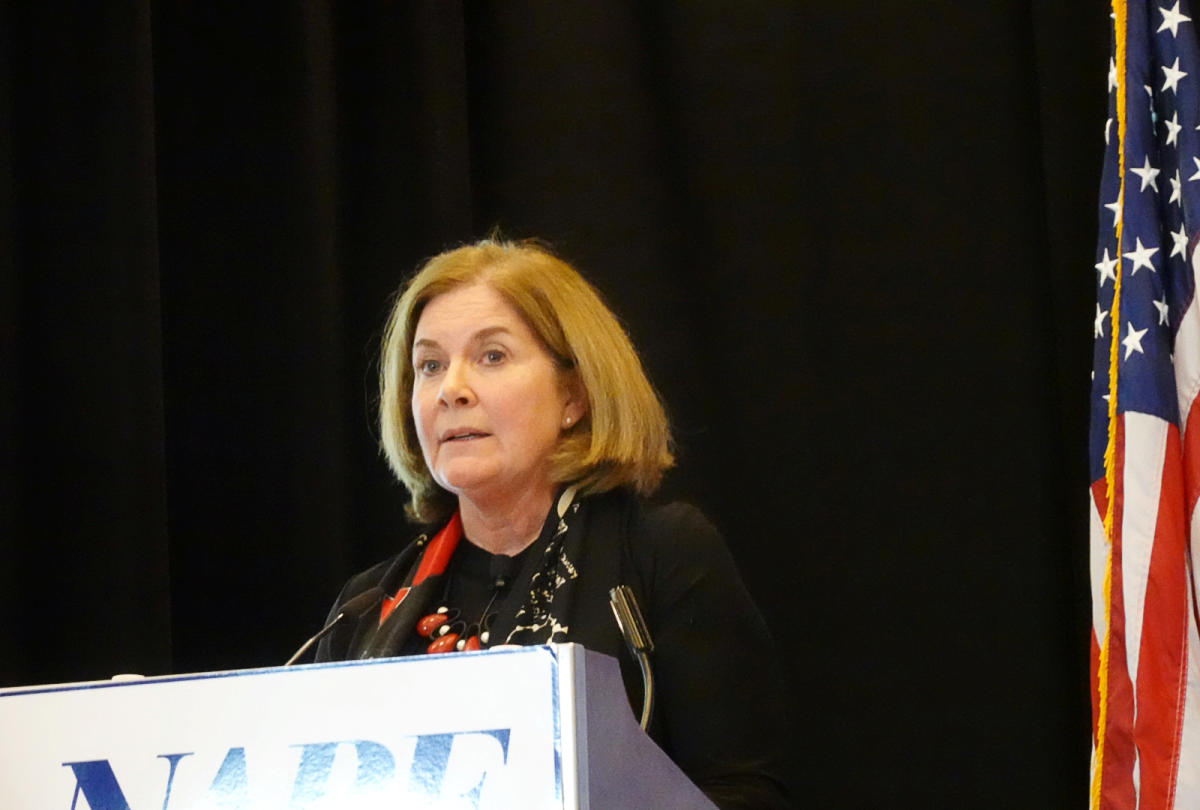